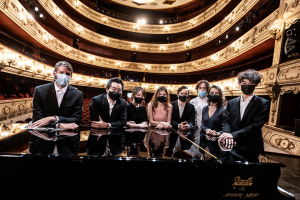 At this year’s 21st competition, 6 pianists were selected for the final held in the impressive Teatre Principal de València.  Three of them performed using the SK-EX, and Alexey Sychev was awarded the 2nd place prize, Salome Jordania the 3rd place prize and Airi Katada the Finalist Prize. 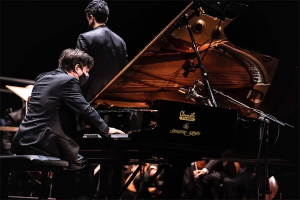 “I was extremely honored to win the Second prize and the Audience prize at the 21st Iturbi International Piano Competition València. It was a pleasure to perform solo and with the València Orchestra, and to meet so great audience!

I would like to thank Kawai Pianos for providing an excellent Shigeru Kawai SK-EX, and Kawai piano technician for taking care about it. I was very impressed with the quality of sound, it was bright and singing, but also very sophisticated.

For this competition, I had a large program which included many different styles; but it was always comfortable to play as the keyboard was very balanced and sensitive.

I look forward to performing on Shigeru Kawai SK-EX in the future, as on this piano I can fill every hall with a beautiful sound and with many colors.”

The Jose Iturbi International Piano Competition was launched by the Diputació of València in 1981 to pay homage to the Valencian pianist, composer and orchestra director, José Iturbi, who died on June 28th, 1980 in Beverly Hills. As of today, the competition has become a platform to support new talent who try to break through the competitive world of the piano.